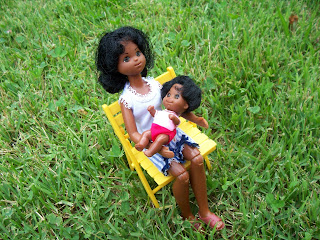 Treesa gave me a new outfit to wear. It was sold as pajamas, but Treesa thinks it works well as a summer set. She asked if I would write something for the blog, so she could post a picture of me in my new clothes.

Honey and I are doing well, all things considered. I still miss Hal, my husband. But I know I cannot mourn forever.

There are other dolls here who share some of my pain. Jane and Meg were both giftset dolls, and they both lost their husbands before Treesa came into their lives. Talking with them has helped me, although neither of them were mothers when they were separated from their husbands. Jane has a little girl, Joanna. But Jane did not adopt Joanna until after becoming Treesa's doll.

I will never forget Hal, and I would never want to. But I know I will keep healing, as time passes. 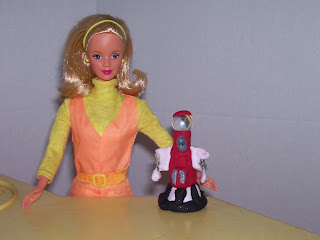